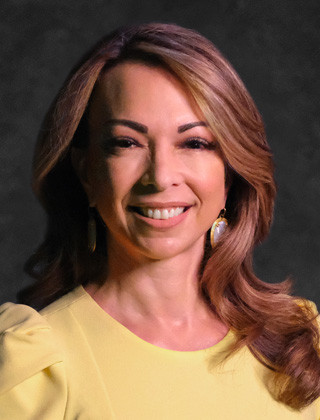 Liz Quirantes is an Emmy award-winning journalist. She anchors the 5, 5:30, 6 and 11 p.m. newscasts for CBS12 News, and is very active in the community. Supporting children’s causes is something Liz is passionate about. Every Tuesday Liz features a foster child up for adoption in her “Forever Family" segment. Those reports have generated hundreds of calls and resulted in many adoptions.

Her passion for children is why she served on the board of directors for ChildNet, which manages the child welfare system in Broward and Palm Beach counties and protects abused, abandoned and neglected children.

Liz also serves on the Advisory Board for AVDA, which promotes violence-free relationships and social change by offering alternative choices to end violence and domestic abuse. She previously served on the board of directors.

Liz also served for 10 years as a board member of the H.O.P.E. Project, which provided low-cost mammography to the underserved and uninsured women of Palm Beach and Martin counties.

Her awards have been many. Most recently, Liz received two Suncoast Regional Emmy Awards; one for her reporting in the Bahamas in the devastating aftermath of Hurricane Dorian and another for her reporting during the Parkland school shooting. She was also honored as a “Palm Beach Achiever” and graced the debut cover of Palm Beach Woman Magazine. She was named a Hispanic Woman of Distinction for South Florida, given the “Women in Power” award from the National Council of Jewish Women and the “Community Leadership” award from Delta Kappa Gamma.

A graduate of the University of Miami, she holds a Bachelor’s Degree in Broadcast Journalism and a Master’s Degree in Telecommunication. Liz and her husband Craig are the proud parents of son Casey and daughter Emma. Liz joined CBS12 News in 1991.