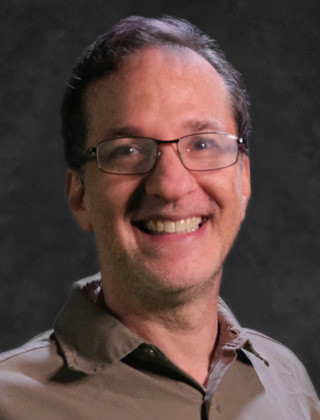 Lenny Cohen arrived at CBS12 News as dayside digital content producer in 2021, writing news as it happens for cbs12.com and then going beyond the headlines to show why people need to read those articles on social media platforms.

Lenny loves digging into legal paperwork including arrest reports and finding nuggets of details that show the audience the reality in our area and society. Not many places would allow the long-form stories and topics that thrive on cbs12.com.

The journalism “business” has changed since he started producing newscasts at WSVN in Miami in 1994, when there were no TV station websites. Lenny continued on the TV side of news at WFSB in Connecticut, and WCAU and KYW-TV in Philadelphia, becoming known for passion and accuracy along the way.

Change came in 2004 when Lenny returned to Florida and became the first person to work fulltime online for WFOR in Miami, which also entailed WBFS in Miami and WTVX in West Palm Beach, which is now a Sinclair sister-station to CBS12.

From there, in 2006, Lenny made an even bigger change, teaching elementary school (mostly 1st grade) in Miami-Dade and Broward counties for eight years. The work was very fulfilling and successful, including being named Teacher of the Year. Lenny was also charged with creating the school’s website and serving as electronic gradebook manager when paper gradebooks were replaced, but he missed seeing the immediate results of research and writing, so he went back to journalism.

In 2015, Lenny had the opportunity to become digital media manager at WCYB-WEMT-CW4 in the Tri-Cities of northeastern Tennessee and southwestern Virginia. It was there he picked up the Poynter ACES Certificate in Editing. Those stations are now Sinclair sister-stations to CBS12.

Six months after buying a house, Lenny got the opportunity to return to Philadelphia at Fox’s WTXF. There, he wrote news, created graphics, put up an NFL draft section since it was a local event, and got a lot of evidence of growing his online audience in the nation's fourth largest media market.

Lenny also spent time outside the newsroom and classroom. He had his own blog and news website, and worked as a freelance newspaper reporter but enjoyed copy editing and reviving the publication’s social media even more. He served as a customer service representative at one of the world’s largest web-hosting companies, drove for Uber, plus helped start Drive Up and Go at one of Philadelphia’s Acme grocery stores.

For somebody who has done a lot of stuff besides web journalism, and met a lot of people along the way, he can't imagine doing anything else.